Weekly catechism and spiritual devotion for the Orthodox home

Read the Epistle and Gospel readings for this Sunday and discuss the reflection questions together. The reading is from St. Paul's Letter to the Colossians 3:4-11

Brethren, when Christ who is our life appears, then you also will appear with him in glory. Put to death therefore what is earthly in you: fornication, impurity, passion, evil desire, and covetousness, which is idolatry. On account of these the wrath of God is coming upon the sons of disobedience. In these you once walked, when you lived in them. But now put them all away: anger, wrath, malice, slander, and foul talk from your mouth. Do not lie to one another, seeing that you have put off the old nature with its practices and have put on the new nature, which is being renewed in knowledge after the image of its creator. Here there cannot be Greek and Jew, circumcised and uncircumcised, barbarian, Scythian, slave, free man, but Christ is all, and in all.

Put on the new nature

In this epistle reading from St. Paul's letter to the Colossians, he reminds us to remember that when we were joined to Christ in Holy Baptism, we received a "new nature." Before Christ, human nature was destined for death. But Christ himself is life. "I am the way, the truth and the life". There is no eternal life apart from Christ because only Christ rose from the dead and has therefore authority over life and death. And this power to triumph over eternal death is given to those who believe in Christ and are baptized into the new nature of Christ's resurrected body.  Holy Baptism is our initiation into this new nature. It is a great and awesome gift. Our task is to actualize the power and grace of our baptism through the manner of life that we lead.

When someone gives us a gift of new and beautiful clothes, do we put them on and then go roll around in the mud? No! We thank the one who gave the gift to us and take care of the clothes and think of that person whenever we put them on. It is the same with our baptism. The white clothing we wore represented our new nature, our new life, the purity of our soul, which occurred through the holy sacrament of baptism. And our task is to keep our bodies and souls clean by always thanking and remembering our Lord who gave this new life and new nature to us.

As St. Paul reminds the people of Colosia, that just as Christ put to death the power of death and granted us eternal life, we also must put to death the passions that are within us which lead us to sin in order to enjoy that eternal life with him. God cleanses our souls and forgives us over and over. Yet he expects us to struggle in the spiritual life by focusing on repenting of our sinful habits and freeing ourselves from the passions within us that lead us to sin.

Salvation is a gift given to those who struggle to repent and live a holy life. But the same gift of salvation Christ offers will become a terrible judgment for those who do not wish to repent. Our Lord invites us to be with him and we must respond and not disregard Him. The gospel reading for this Sunday also reflects this choice and invitation to respond to Christ or to ignore him and make excuses. 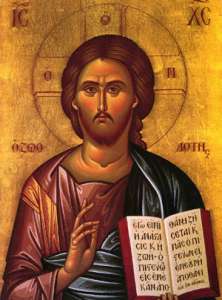 The Lord said this parable: "A man once gave a great banquet, and invited many; and at the time of the banquet he sent his servant to say to those who had been invited, 'Come; for all is now ready.' But they all alike began to make excuses. The first said to him, 'I have bought a field, and I go out and see it; I pray you, have me excused.' And another said, 'I have bought five yoke of oxen, and I must go to examine them; I pray you, have me excused.' And another said, 'I have married a wife, and therefore I cannot come.' So the servant came and reported this to his master. Then the householder in anger said to his servant, 'Go out quickly to the streets and lanes of the city, and bring in the poor and maimed and blind and lame.' And the servant said, 'Sir, what you commanded has been done, and there is still room.' And the master said to the servant, 'Go out to the highways and hedges, and compel people to come in, that my house may be filled. For I tell you, none of those men who were invited shall taste my banquet. For many are called, but few are chosen.'"

Why do we invite friends and family over for dinner? Is it not because we love them and want to spend time with them? Is it not because we want them to enjoy good food and be nourished? Is it not because we want them to feel happiness, comfort and relief from their troubles? So imagine if you have these feelings in your heart and you invite your friends to come to your house for a nice dinner. You spend hours cleaning and cooking and creating a beautiful environment for them. You then personally call them, one by one, and invite them to come. But they make excuses and say they can't. There's something more important going on in their lives. There is someone more important they want to spend time with. How would that make you feel?

The parable in the gospel reading for this Sunday is also about an invitation. It is the invitation we have received from Christ to live with him in his heavenly kingdom. And that life with Christ begins now through His Church. This life is ultimately the time we have been given to respond to the invitation by living with Him and like Him now! We respond to the invitation by rejoicing that we have been invited! We respond by preparing our souls. We respond by answering his invitation to experience the heavenly banquet of the Divine Liturgy every Sunday! But if we ignore the invitation or decline it because of some excuses, we then also reject Christ's love. And this is the definition of Hell; a place where the love of God torments those who have rejected it.

Hymns of the Divine Liturgy

Listen to and learn the hymns of the liturgy and sing them with us on Sunday!

Lives of the Saints Daniel the Stylite of Constantinople

This Saint was from the village of Marutha in the region of Samosata in Mesopotamia. He became a monk at the age of twelve. After visiting Saint Symeon the Stylite (see Sept. 1) and receiving his blessing, he was moved with zeal to follow his marvellous way of life. At the age of forty-two, guided by providence, he came to Anaplus in the environs of Constantinople, in the days of the holy Patriarch Anatolius (see July 3), who was also healed by Saint Daniel of very grave malady and sought to have him live near him. Upon coming to Anaplus, Saint Daniel first lived in the church of the Archangel Michael, but after some nine years, Saint Symeon the Stylite appeared to him in a vision, commanding him to imitate his own ascetical struggle upon a pillar. The remaining thirty-three years of his life he stood for varying periods on three pillars, one after another. He stood immovable in all weather, and once his disciples found him covered with ice after a winter storm. He was a counsellor of emperors; the pious emperor Leo the Great fervently loved him and brought his royal guests to meet him. It was at Saint Daniel's word that the holy relics of Saint Symeon the Stylite were brought to Constantinople from Antioch, and it was in his days that the Emperor Leo had the relics of the Three Holy Children brought from Babylon. Saint Daniel also defended the Church against the error of the Eutychians. Having lived through the reigns of the Emperors Leo, Zeno, and Basiliscus, he reposed in 490, at the age of eighty-four.

What is a Stylite?

The word stylite is from the Greek word stilos meaning a pillar. The Stylites are a group of ascetic saints who spent their lives in prayer and fasting on the top of high columns, pillars or rock formations. They would live a life of silence and continual devotion to God and also preach from the top of the pillar to the people who came seeking spiritual solace.  The earliest known stylite is Simeon the Elder who climbed a pillar in Syria in the year 423 AD and remained there until his death 37 years later.

St. Simeon had a continuous series of followers, particularly in Syria and Palestine. St. Daniel the Stylite may have been the first of these, for he had been a disciple of Simeon and began his rigorous way of life shortly after his master died. Daniel was a Syrian by birth but he established himself near Constantinople, where he was visited by both the Emperor Leo and the Emperor Zeno. Simeon the Younger, like his namesake, lived near Antioch; he died in 596, and had for a contemporary a hardly less famous Stylite, Saint Alypius, whose pillar had been erected near Hadrianopolis in Paphlagonia. After standing upright for 53 years, Alypius found his feet no longer able to support him, but instead of descending from his pillar lay down on his side and spent the remaining fourteen years of his life in that position.

In recent centuries this form of monastic asceticism has become virtually extinct. However, in modern-day Georgia, Maxime Qavtaradze, a monk of the Orthodox Church, has lived on top of Katskhi Pillar for 20 years, coming down only twice a week. This pillar is a natural rock formation jutting upward from the ground to a height of approximately one hundred and forty feet. Evidence of use by stylites as late as the 10th century has been found on the top of the rock. With the aid of local villagers and the National Agency for Cultural Heritage Preservation of Georgia, Monk Maxime restored the 1,200-year-old monastic chapel at the top of the rock.

Below is a trailer for a short film about Monk Maxime and the Katskhi Pillar.

Thank you for participating in SOFIA! If you've subscribed to our newsletter, look for an email notification next week when a new lesson page is posted. See you Sunday!